A Riverside Superior court judge granted a woman (Client) who allegedly shot her husband a new trial.  We alleged that the prosecution failed to turn over exculpatory evidence required by Brady v. Maryland and the prosecutor and judge agreed.

The Facts: A jury convicted Client and her co-defendant of murder and conspiracy to murder Client's husband.  The jury found that the Client personally used a firearm, causing death. The jury also found true the special circumstance allegation that the murder was committed while lying in wait. The trial court sentenced the Client to a term of life without the possibility of parole on the murder charge.  At trial, the Client testified and claimed she shot her then-husband in self-defense after he took the gun from the waistband of his pants and pointed it at her. 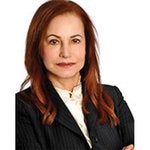 Fay Arfa has the distinction of being Certified as a Specialist in two separate areas of law – Criminal Law as well as Appellate Law – by the California State Bar, Board of Specialization. The National Board of Trial Advocacy has also awarded her a board Certification in Criminal Trial Advocacy. ...